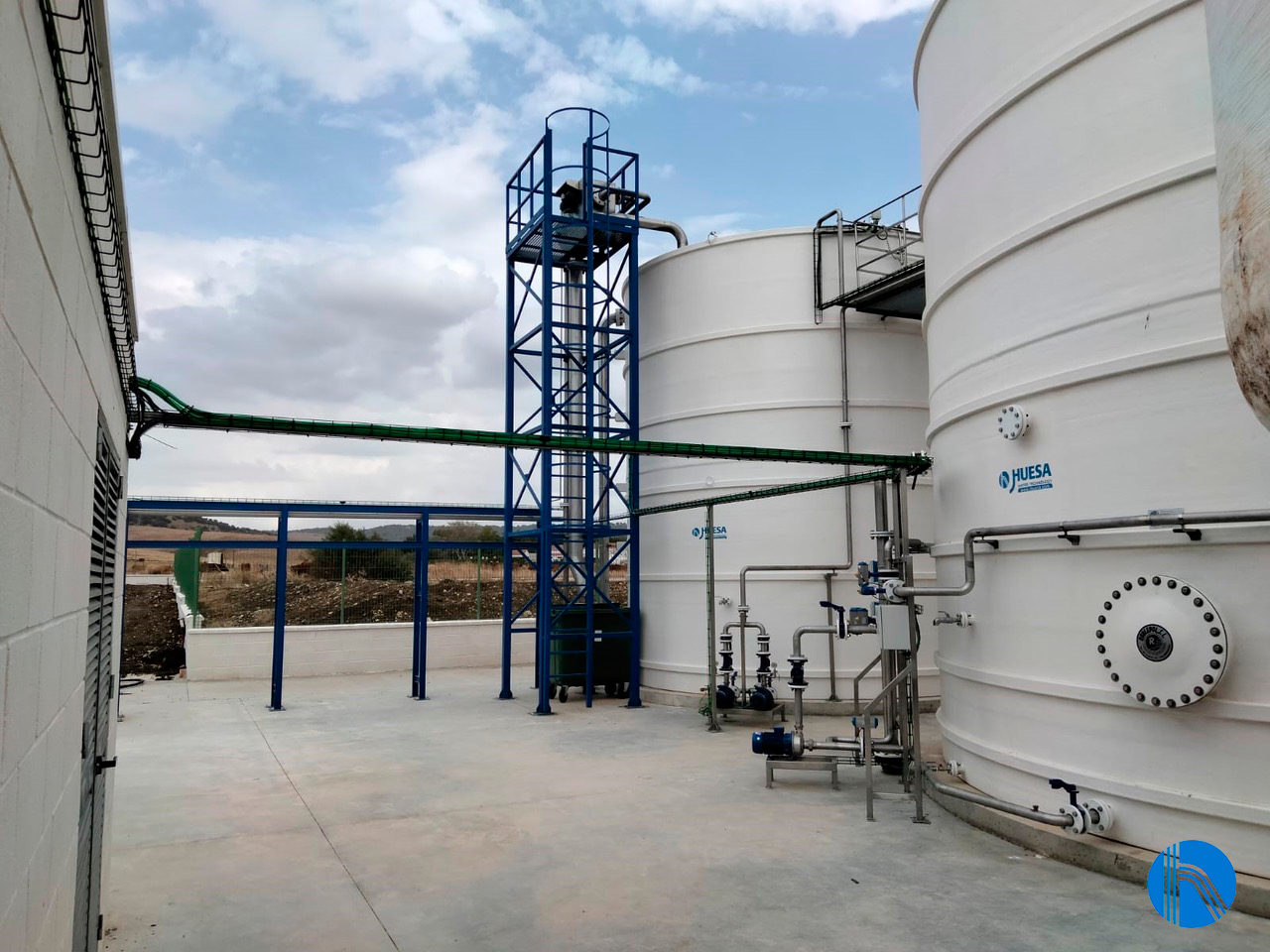 J. Huesa completes the commissioning of the WWTP of a new plant for the processing of cooked pulses

J. Huesa successfully completes the commissioning of an industrial wastewater treatment plant for a leading multinational in the sale of pulses that is immersed in an expansion of its factory to accommodate a new line of cooked pulses.

Once the analytical parameters of the starting water had been analysed, together with the current and
future requirements of our client, the technical team of J. Huesa, together with the specialist team of the industrial company, got down to work on the customised design of an aerobic biological
purification system, which is detailed below.

As the owner is entering a new market, he is not clear on how he will operate the production plant,
which will affect the quantity and quality of the discharges generated, which is why one of the starting
requirements for the planned facility is that it can accommodate future expansions if necessary.

The objective of the WWTPi is that the clarified wastewater complies with the discharge parameters
established by legislation, namely:

The main data of the system implemented, which consists of an aerobic biological treatment system of
the SBR (Sequential Biological Reactor) type, are detailed below. This technology integrates the
biological reactor and the decanter in the same tank, so that the system operates by means of
treatment batches developed over time in stages, with the clarification of the mixed liquor being one ofthe stages of the process.

The discharge from the factory is collected in a civil works well in which a pumping system has been
installed, with a back-up pump. The pumps are designed to withstand a peak flow of 20 m3/h.

To prevent malfunctioning and clogging of coarse solids, a roughing screen has been installed to
retain the coarsest solids (> 1mm).

The roughing system prior to the homogenization tank consists of a rotary sieve. Self-cleaning device,
capable of operating for long periods of time without the need for extensive maintenance. 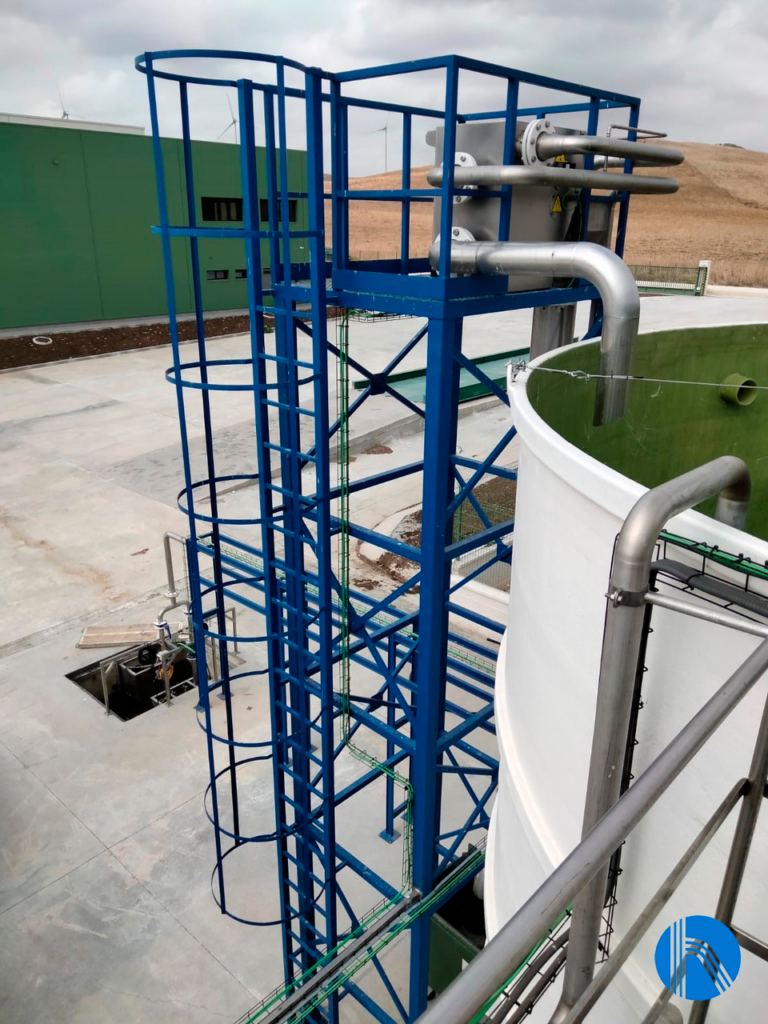 The solid particles are retained on the surface of the screen and are conveyed by the scraper, which
is responsible for separating them and depositing them on an inclined tray to fall by gravity, and are
subsequently collected in a container for their management.

The next step in the treatment line is a homogenization tank, which is equipped with a coagulant
dosing system to reduce phosphorus. To counteract the acidification of the mixed liquor, a soda
dosing system is included. A pH meter is installed to monitor this parameter at all times.

The homogenization tank has a double function: on the one hand, to homogenize the flow to avoid
contamination peaks and to have space to store spillage in case of failure of one of the main
components of the system. Two days of retention time have been considered.

In addition, to prevent anaerobic conditions from occurring, a submerged radial aeration system has
been installed. 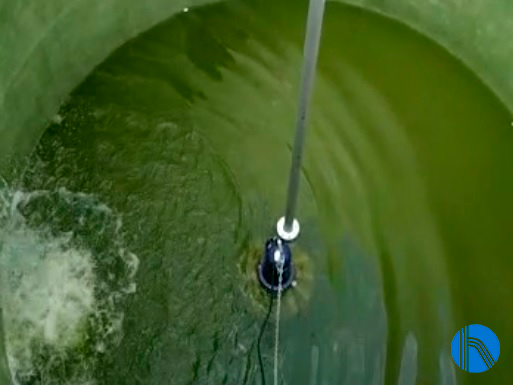 Detail of the radial aeration system

The objective of biological water treatment is the reduction of organic matter and the elimination of
non-sedimentable colloidal solids using microorganisms. In conventional biological treatment, there
are at least two distinct stages: firstly, the biological reactor in which the organic matter meets the microorganisms that eliminate it, and then a clarification process in which the biomass or sludge is
removed from the treated effluent, normally by decantation.

Depending on the nature of the organic matter present in the effluent to be treated, the use of oxygen
may or may not be necessary for its metabolization.

The SBR type biological reactors differ from conventional treatments in that they integrate the
biological reactor and the decanter in the same tank, operating the system by means of treatment
batches developed over time in stages, with the clarification of the mixed liquor being one of the
stages of the process, obtaining two advantages over the conventional system such as the reduction
of the space occupied by the installation and increased flexibility of the aeration – anoxia processes
necessary for the elimination of nitrogen.

A SBR such as the one installed at our customer can divide its operation into operating cycles in
which the following phases can be distinguished: 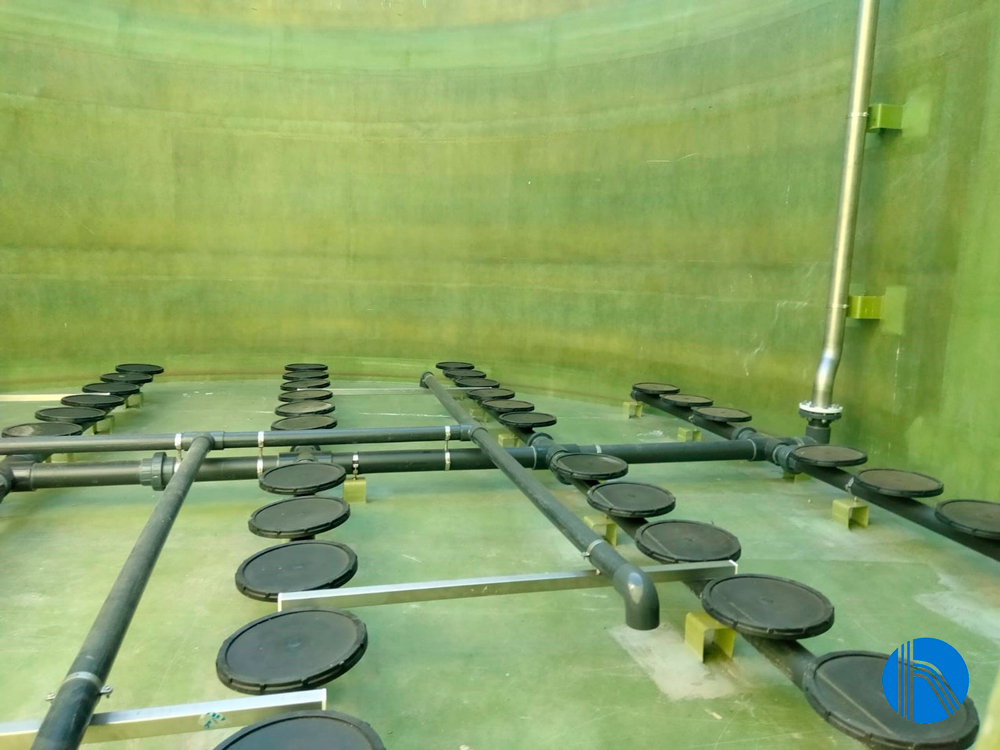 The sludge produced in the SBR tank is pumped by means of a centrifugal pump into a conical sludge
accumulation tank with a capacity of 15 m3. The internal sludge removal system in the reactor tank is
arranged in such a way that large quantities of sludge can be pumped out in one go. In this way,
longer concentration and thickening times are used before purging, reaching higher concentrations
and thus reducing the amount of sludge to be managed.

The WWTP is equipped with instrumentation and control elements (automatic valves, pressure
switches, pressure transmitters, flow meters, conductivity and pH meters…) which communicate with
the programmable logic controller, included in the control panel, through IO-Link technology.

PROJECT CO-FINANCED BY THE ERDF

This website uses cookies to improve your experience while you navigate through the website. Out of these, the cookies that are categorized as necessary are stored on your browser as they are essential for the working of basic functionalities of the website. We also use third-party cookies that help us analyze and understand how you use this website. These cookies will be stored in your browser only with your consent. You also have the option to opt-out of these cookies. But opting out of some of these cookies may affect your browsing experience.
SAVE & ACCEPT